Prophetic intercession may be a new term to you.  Let’s explain what it means.

The word “prophetic” has to do with prophecy.  What is that you might ask?  Prophecy is speaking the heart and mind of God as revealed by Holy Spirit.  It’s an expression of God’s heart.  I Corinthians 2:16 in the amplified Bible says that we have the mind of Christ and know the thoughts, intents, and purposes of His heart. How do we find out what is the intent of the Lord?  When we ask, He answers. (Jeremiah 33:3) God is continually speaking to us because He loves us enough that He wants to communicate with us.  He wants to give direction and guidance to His people so we do not get lost on the path of life that He has ordained for us.

The American Heritage Dictionary defines intercession as, “entreaty in favor of another”. Intercession can also mean to stand in the gap.  A gap is created when what is actually transpiring on earth is not what God has ordained in heaven.  An intercessor is one who prays for another until the will of God is manifested on earth in that person’s life as God intends.

So, prophetic intercession is standing in the gap in prayer until the will of God, as He has spoken or shown, is manifested on earth in the arena God has directed. 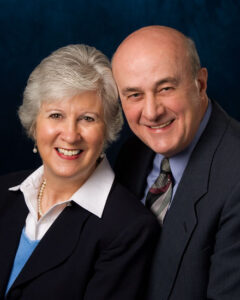 And Amazon will make a donation to Higher Life Ministries. Start Here